HIGHLANDS – Highlands resident Nick Novotny will pedal more than 4,000 miles on his Cannondale Topstone 3 bicycle over the next several weeks as he travels cross-country to raise funds for Wounded Warrior Project, a nonprofit organization supporting wounded veterans.

And while he will be taking this trip solo, Novotny will be riding in honor of his late friend Cpl. James Pierce Currie. The two served in the Marine Corps together for several years. Currie died May 3, 2020, from an accidental overdose. He was a U.S. Marine, an Eagle Scout, an avid hiker and a connoisseur of all species of lizards in Southeast Pennsylvania, Novotny said. And he was so much more.

But to summarize in three words, Novotny called Currie charismatic, caring and multifaceted.

“People were definitely drawn to his personality, no matter what kind of person. Whether you liked A, B or C, somehow everyone always would like James,” said Novotny. “The culture of the Marine Corps is very… alpha male; he was a little bit different in that way, where he actually seemed like he cared about people regardless of their rank.”

Now, just over a year since the anniversary of Currie’s passing, Novotny decided it would be great to honor his friend while raising funds and awareness for Currie’s family and Wounded Warrior Project, a 501(c)(3) nonprofit that supports veterans and service members with physical or mental injuries, illnesses or wounds obtained while serving in the military on or after Sept. 11, 2001, according to its website. His goal is to help people realize that everyone is human, everyone has issues and that it’s OK to reach out for help, he said.

“There is sort of another battle that a lot of people that get out of the military – and including the affected families – deal with when they get out and it’s kind of navigating their life again, figuring out who they are again. Because honestly, you do take on this indoctrination when you’re in the Marine Corps,” said Novotny. “You’re doing this job and this one thing and then life hits you like a wall of bricks when you get out.”

Once he thought up the idea for a cross-country bike trip, the planning began. For the most part, he will be riding along the TransAmerican Trail starting June 24 in Tillamook, Oregon. The goal is to reach the East Coast within 90 days and “bikepack” along the way, stopping for food and water every 15 miles or so. Until now, the farthest Novotny has biked at one time is 60 miles.

He plans to stay at a hotel once a week to do laundry and take a virtual Zoom class in pursuit of a degree from Brookdale Community College. Toward the end of his ride, he will travel to Currie’s hometown of Glenside, Pennsylvania, for a barbecue with the Currie family to celebrate the journey. All money raised will directly impact the family and Wounded Warrior Project.

Anyone interested in donating can visit the GoFundMe page, “The James Currie Memorial Ride.” As of press time Wednesday, he had raised $2,250 toward his $30,000 goal.

This article originally appeared in the June 17-23, 2021 print edition of The Two River Times. 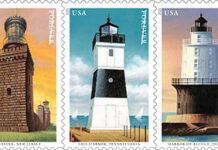 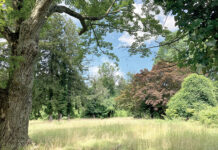 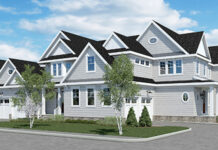