RED BANK – Since Texas passed its state’s Senate Bill 8 (SB8), the most restrictive anti-abortion law in the country, civil rights, abortion rights and women’s groups have been fighting to ensure other states won’t enact similar bills and that Roe v. Wade is not overturned nationally.

Saturday, Oct. 2 saw a Rally for Abortion Justice in Washington, D.C. which spawned hundreds of similar marches across the country, including a Women’s March in Red Bank.

Megan Soto of Wanamassa was the organizer of the Red Bank march which had nearly 600 in attendance walking a route from the train station along Monmouth Street to Broad Street and then West Front Street, ending at Riverside Gardens Park. Soto said she “wanted something closer to home” than the Washington march so she reached out to a number of towns. “Red Bank was the most welcoming,” she said, noting that borough councilwoman Kate Triggiano, who attended the march, and police Chief Darren McConnell were “so helpful” with the permitting and application process.

Marchers carried signs and sported clothing denouncing the Texas law and promoting messages of women’s rights, equal access to health care, and the right to make choices about their own bodies. Many included the #RuthSentUs hashtag, referencing former U.S. Supreme Court Justice Ruth Bader Ginsberg who championed women’s rights throughout her lifetime; she died Sept. 18, 2020 of complications related to cancer.

The crowd included people from around the state, mostly women of all ages, but there were men and boys marching in support of women as well. “I think that it speaks to the importance of this issue, that it’s not just women (participating),” Soto said.

Chants of “my body, my choice” and “separate church and state,” among others, were heard throughout
the event.

Chris, a mother from Bridgewater who was marching with her 11-year-old daughter, said she decided to come to the event because of concern over what Texas’ abortion ban might mean for the rest of the country and her daughter.

“I never thought in my lifetime I would see Roe v. Wade overturned and I’m worried for my daughter and everybody’s rights, women’s rights in general. It’s 2021 and we don’t have the right to make choices about our own health care,” she said.

As a mother she said she was concerned her daughter wouldn’t have access to the “health care that she needs to keep her safe and keep her choices open.”

Samantha, a young woman from Carteret, said she was marching because the issue was important to her. “We should be able to have our own voice and our own choices when it comes to our body,” she said, pointing out that you can never know someone else’s circumstances. “Sometimes we need that kind of option (abortion) and the fact that that option is taken away from us is just not right.”

Jessica from Piscataway noted that “the people making the laws will never have to face the problems that we have to face, so it’s not fair” they are the ones making the decisions. She also said she hoped more “educated women” who understand women’s issues run for elected office.

Many expressed the hope that federal abortion rights laws could counteract the one in Texas. JB, also from Piscataway, said she just received her degree in criminal justice because she wanted to “work from within the system to change the focus so we don’t have to worry about this (issue) later.”

Many local Democratic leaders spoke at the rally at Riverside Gardens Park following the march.

“It’s been 32 days since SB8 passed and has been in effect in Texas,” Triggiano noted.

“That’s 32 days of women, many with low budgets, trying to budget to travel out of their state to receive necessary health care. That’s 32 days of many women realizing they are going to be forced to carry to full term. And it shows you how long 32 days truly is and the damage that it does,” she said.

“We are here today to send a clear and unified message with the rest of the country, with the South Jersey march and with the Montclair march, that we are here to protect Roe v. Wade,” Triggiano said.

Joining her to speak were District 11 Assemblyman Eric Houghtaling and Assemblywoman Joann Downey who are both up for reelection in November, and Michael Beson who is a Democratic candidate for the Monmouth County Board of Commissioners.

Beson, a father of four, got emotional as he spoke to the crowd, noting “this touched our family, too,” alluding to his wife terminating a pregnancy because of a serious health issue. “To watch your wife go through what my wife went through is heartbreaking,” he said.

“Because of what they’ve done in Texas, women will have to carry babies that won’t live,” Beson said. “Do you think that we wanted to do it? Do you know the impact on our life that this had? I’m talking as a man, but I’m talking as somebody who was worried he’s gonna lose his wife.”

He said the passing of SB8 in Texas “just breaks my heart.”

“My wife and I were lucky enough that we could afford to make that choice. But there are women that can’t. And it’s old men who made this decision,” he said, to loud and extended cheers from the crowd.

Each speaker made the point that the issue is more about politics than health care.

“What happened in Texas was a political decision that was made by both houses, signed by the governor by a cheering crowd,” he said, to which many in the crowd yelled, “Shame!”

“Thank God we live in the state of New Jersey,” Houghtaling added before asking those gathered to show their voices on Election Day.

Downey said she is a mother to two girls. “I don’t want them to ever have an issue in their lives, where a decision has to be made and somebody else is telling them what to do with their bodies,” she said.

“People should understand that this goes further than just the pure abortion issue. This is a human rights, health issue for women.”

“Women should always be at the table” where the decisions are being made, Downey said, noting that the way to do that is to vote in every election, every year.

Although there were no evident counter-protests during the Red Bank march, the event took place at the beginning of what is celebrated in the Catholic Church as Respect Life Month. On the Diocese of Trenton website, Bishop David M. O’Connell posted an open letter which stated in part that “all of the problems impacting us in this world of ours derive from a single root cause: the failure to ‘respect life in all its stages, from conception to natural death.’ ” He called the threat of abortion a “preeminent priority” for the United States Conference of Catholic Bishops.

When contacted for a comment about the march, Rayanne Bennett, executive director of the diocese’s Office of Communications and Media, reiterated a statement from O’Connell’s letter: “The dignity of the human person is the foundation of a moral vision for society.”

While signed by Texas Gov. Greg Abbott in May, SB8 went into effect last month after the U.S. Supreme Court voted 5-4 against an emergency challenge from Texas abortion doctors to block the law. It bans abortions as soon as a fetal heartbeat is detectable, usually around six weeks into a pregnancy, well before many women even know they are pregnant. The law makes no exception for pregnancies resulting from rape or incest.

Included in SB8, which many legal experts found stunning, is a provision which allows private citizens to sue anyone who helps a someone obtain an abortion, from doctors to those giving a person a ride to the procedure to anyone providing financial assistance.

The article originally appeared in the October 7 – 13, 2021 print edition of The Two River Times. 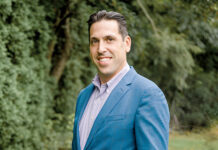 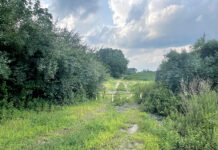 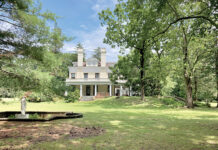