He was predeceased by his parents J. Lester Eisner and Marguerite Davidson Eisner; his devoted wife Katharine (Dotsy) Eisner to whom he was married for almost 65 years; his brothers Lester and Jacques and step-brother Erwin Steiner. He leaves behind his sons Kenneth and Roger (and wife Patricia), his daughters Carolyn (and husband Alan) and Deborah (and husband Scott), as well as his adoring grandchildren Brian (and wife Laura), Matthew, Rachael, Sara, Casey, Taylor and his great-grandson Reed. Many nieces, nephews, cousins and friends are also saddened by his passing.

A graduate of Harvard University School of Engineering in 1942, Gerry went on to serve the country honorably during World War II as an officer in the U.S. Army Field Artillery Corps (aka “Kings of Battle”) throughout France and Austria before returning home in 1946. He was one of the few remaining veterans of the “greatest generation.”

After completing his military service, Gerry worked as an industrial engineer with several companies in the New York metro area. He was just as happy donating his time and effort to several charitable endeavors, including his role as benefactor and fundraiser for the Eisner Memorial – Red Bank Public Library, located in the family home which was donated to the town in 1937. He spent close to 30 years as a board member of Hamilton-Madison House, a settlement house in New York City providing social and educational services, and almost 20 years on the board of directors – including as former president – of Abbott House in Elmsford, New York, which provides services to children and families with special needs.

In 1988 Gerry was proudly awarded the Westchester United Way “Volunteer of the Year” award for creating and teaching his fundraising database program utilized by local nonprofit organizations.

Gerry was an avid sailor who enjoyed traveling, skiing, playing tennis, walking, hiking, bicycling, attending Broadway shows and working out at the local gym. He continued many of those activities well into his 90s. He also shared his infectious love of games and puzzles with his family to everyone’s delight. Gerry’s active and healthy lifestyle aided in his love of life and youthful spirit. He was devoted to his family; not a holiday, birthday or special occasion went by that didn’t include a family gathering. His family will always cherish those memories of him and of the wonderful times they had with him on the slopes, on that hike, at those shows, during those family vacations and on those holidays.

A memorial service is being planned for a later date. In lieu of flowers, donations can be made in Gerry’s memory to the Eisner Memorial – Red Bank Public Library at redbanklibrary.org/donate or to Hamilton-Madison House at hamiltonmadisonhouse.org.

The article originally appeared in the September 2 – 8, 2021 print edition of The Two River Times. 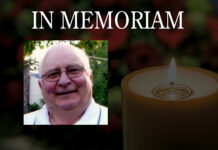 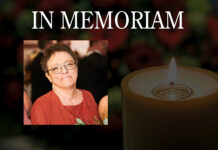 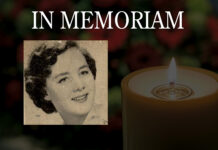