I will always remember the dirt path that circled our backyard on Rumson Road when I was a young boy, but it was only years later that I would understand its significance. The path had been pounded into the grass by my father as he ran laps in the early 1960s to comply with family concerns that running out on the streets would bring embarrassment. For me, the path went right through the middle of my baseball field. For my father, the late Dr. George Sheehan, the path marked the beginning of a journey to the core of his being.

What triggered this journey goes back to my father’s efforts in founding Christian Brothers Academy a few years earlier in 1959, along with my grandfather Peter Fleming and John Henderson. They spearheaded the effort to raise money to purchase a horse farm and invited the Christian Brothers to run the school. As Bishop Ahr stated at the opening ceremony, “These three men came into my office last year and told me what they planned to do and, by golly, they did it!”

Watching his sons run track at CBA rekindled my father’s love for running. At the age of 45, he decided to join the JV squad to train and race in its cross-country meets. The agony of those interval workouts in the Round Barn provided an added education for the students as he grunted and collapsed at the completion of each lap. Who was this old man? Why was he doing this? In the spirit of Saint Paul, he was putting on the new man.

Within a few years, he left the confines of the backyard to run the local roads, often bare chested in the summer heat, or in long johns and a ski mask through winter snow, and he always arrived back in our kitchen with ex- hausted grunts of “Oh God, Oh God,” dripping sweat and saliva.

He was always on the move in a large house filled to the brim with kids and culture. As the youngest of the 12 children, I had no idea that all of this change was recent. It all felt normal to me because my mother somehow kept our house under control. She was his equal and she gave him the support he needed to pursue his new quest.

With a fervent, competitive drive, he ran marathons, road races and masters races, which culminated in 1969 when he ran the world’s first sub-5-minute mile by a 50-year-old. From his first Boston Marathon in 1964, he went on to compete in over 50 marathons, achieving his best time of 3:01 at the age of 61.

Running, he had discovered, provided much more than competition and fitness. The mind, body and spiritual connections were its true benefits. His lifelong love of reading and writing fostered a yearning to study and share these experiences in a weekly column in the Red Bank Register, which eventually led him to joining Runner’s World magazine to garner a national audience. With his 1978 New York Times bestselling book, “Running and Being: The Total Experience,” this self-described loner became the undisputed voice of a global running boom. “Don’t be concerned if running or exercise will add years to your life,” he wrote, “be concerned with adding life to your years.”

One reviewer described his spirited talks as “the running community’s equivalent of a Bruce Springsteen concert, though listening to him was more like taking off with John Coltrane on some improvised solo.”

Our dining room table was his evening work space, filled with his columns, book reviews, runners’ correspondence, and materials for homemade orthotics. His VW Beetle, with its unique odors, was his locker room as he drove the region to find any weekend race. Even as a child, I could see and feel his enthusiasm; a word, he explained, that comes from the Latin word meaning “to be filled with God.”

For over 25 years he wrote a weekly newspaper column and preached around the country about the benefits of an athletic life. He urged everyone to find a physical activity that gave them the same joy and meaning that running gave him. Go back to the body, was his mantra, in order to become your best and truest self. It was the lesson he was giving those boys on the CBA track more than a half century ago. He continued to run and pursue his best up until his passing from prostate cancer at the age of 74 in 1993. Whenever I think of that backyard path, I am awed by both its meaning and the effort it took to create it. It was my father’s path to self-discovery; his path to become the person he was meant to be; his path to be a child of God once again.

CBA, with its nationally ranked running program, is building a brand new Sheehan Track and Field. On Dec. 4 at 2 p.m., a beautiful life-size statue of my father running in stride, by renowned local sculptor Brian Hanlon, will be dedicated on the CBA campus to recognize his legacy. The event is open to the public; RSVP to 732-747-1959 ext. 390. We warmly welcome any fans of his work to join our family, friends and CBA alumni to celebrate the efforts of a body, mind and spirit in motion.

The article originally appeared in the November 10 – 16, 2022 print edition of The Two River Times. 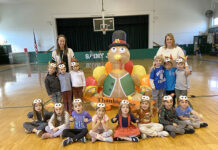 St. James Students Bring Relief to Those in Need 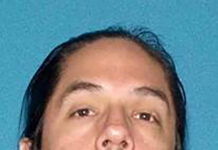 RBR Teacher Charged With Engaging In Sexual Relationship With Student 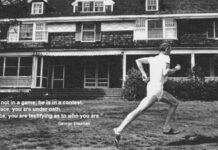 A Son Remembers His Father Running; A School Honors His Legacy