Dr. Webster B. Trammell Jr. passed away peacefully June 3, 2022, at Monmouth Medical Center. Dr. Trammell was born Aug. 7, 1947 in Ashland, Alabama, to the late Webster Sr. and Elizabeth Trammell. Dr. Trammell was raised in Cream Ridge with his siblings. He went on after high school to further his education at Monmouth College and ultimately received a Doctorate of Psychology (Psy.D.) from the Graduate School of Applied & Professional Psychology at Rutgers University.

Dr. Trammell spent much of his professional career at Brookdale Community College, starting in 1978 as the director of The Educational Opportunity Fund Program, and retired in 2014 as the vice president for Development, Community & Governmental Relations. Dr. Trammell strongly believed in service and was an active member of his community up until the time of his passing. Among Dr. Trammell’s affiliations were Monmouth University, GSAPP Alumni Association, Preferred Behavioral HealthCare, First Tee of Monmouth/Ocean, Two River Theater Company, and Beikoku Karate-Do Goyukai, where Dr. Trammell was a ninth-degree blackbelt.

Dr. Trammell was passionate about many things such as golf, automobile restoration, gardening and martial arts. However, his greatest love was his family. Dr. Trammell is survived by his wife Kathleen (Moran); his son Ian (Camille) Trammell; his older daughter Heather (Craig) Grindle; and his younger daughter Emily (Alex) Dulin; his grandchildren, Ally, Eddie, Sofia, Llew, Evan, Avery, Ella and Austen; his great-granddaughter Lucy; his brother Joe Trammell; his brother Fran (Emme) Trammell; his sister Debra Trammell; his sister Priscilla (David) Luppke; many nieces and nephews; and a large extended family. Dr. Trammell was predeceased by his father Webster Trammell Sr.; his mother Elizabeth (Brooks) Trammell; and his brother Fred Trammell.

The article originally appeared in the June 9 – 15, 2022 print edition of The Two River Times. 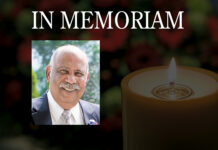 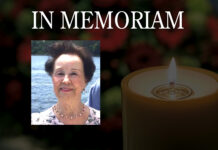 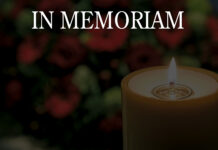