MIDDLETOWN – In the tradition of giving thanks this season, county and township officials honored an organization that placed markers on the historic Lenape Great Navesink to Minisink Trail, a path across the county and state that paved the way for future generations.

The Inter-tribal Council of AT&T Employees (ICAE) in Middletown was acknowledged for placing three markers across Middletown portions of the trail, near the entrance to the AT&T Middletown facility on Holland Road, at Kings Highway in Middletown and on Crawfords Corner Road at Holmdel Park. AT&T provided the funding for one marker, and the ICAE raised the funds for the additional markers.

The ICAE is the only AT&T recognized employee resource group for Native Americans. ICAE works to provide a better understanding of the cultures and histories of all employees, but specifically Native Americans. The Lenape Native Americans are part of “our collective ancestors of the land here, the original inhabitants of New Jersey,” said Marc Gottwerth, former president of the Eastern branch of the ICAE. The 75-mile trail – the longest Lenape trail in New Jersey – connected Lenape communities living along the Navesink River area of Sandy Hook to the Lenape Minsi Council Fire at Minisink Island in today’s Delaware Water Gap.

Gottwerth, a resident of Middletown and an employee at AT&T, said he drove by the trails for 20 years, unaware of their existence. “This is the first time that this trail has been recognized with any sort of historical marker,” he said. Gottwerth called the markers “long overdue.”

Many Indigenous people still live in regions of Colorado, Arizona, South Dakota and Montana, where they are recognized with tribal lands and in the public eye. In New Jersey, because of migration due to colonization, fewer Native Americans remain and there are no federal tribal lands. The state recognizes the Nanticoke Lenni Lenape, the Ramapough Lenape and Powhatan Renape. Gottwerth said he thought it was important to place the markers to give recognition to the Lenape descendants who are still here.

The Lenape were Native Americans who used the trail for seasonal migration, travel and trade, and the trail served as a foundation for some of the earliest roads in New Jersey. During its use, the trail recorded groups as large as 700 traveling together. At Minisink Island, an Eastern region trading hub existed which further connected to the Mohawk Trail in New York State, as well as other trade routes leading into Pennsylvania, the Great Lakes region and Canada.

The 1747 James Alexander Map delineates the “Navesink to Minisink Indian Path,” used at that time to help identify land purchase boundaries and settle land dispute lawsuits. As late as 1820, a group of Minsi Lenape were noted to perform ceremonies in appreciation of the hospitality a homeowner and his neighbors might show by giving them overnight lodging while traveling on the trail.
Significant support and partnership for this project came from Middletown Township and Mayor Tony Perry, the Monmouth County Park System, the Middletown Township Historical Society, the Middletown Landmarks Commission, the Sand Hill Indian Historical Association, the federally recognized Delaware Tribe of Indians, and AT&T.

“The Township Committee and I are honored to play a part in formally recognizing the original settlers of Middletown,” Perry said in a release. “It is important that we pay tribute to those who were responsible for giving us the wonderful place we are fortunate enough to call home.”

Additionally, the Monmouth County portion of the path was extensively researched by historian Paul Boyd as part of his doctoral thesis submission to Rutgers University and was also detailed in his book “Atlantic Highlands – From Lenape Camps to Bayside Town.”

The ICAE gives the recognition and space to Lenape heritage because “they’re at times overlooked, because they’re such a small minority of people,” Gottwerth noted as he urged people “to keep them in our memory” during the Thanksgiving season.

“Our prayers and hopes are that we appreciate their contributions to New Jersey, their historical significance and give them recognition,” he said.

“They’re still around present day, and they’re really part of the community and the modern diversity of all the people that live in New Jersey.”

The article originally appeared in the November 24 – 30, 2022 print edition of The Two River Times. 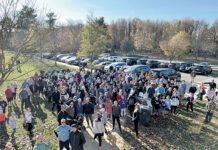 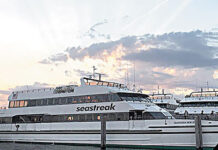 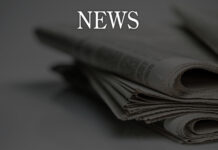