HOLMDEL – The Enclave at Holmdel, Inc. nonprofit organization will go before the township zoning board seeking approval to build a memory care facility at the former Potter’s Farm property on Red Hill Road.

Last Tuesday night, the township committee placed an ordinance on its agenda to enter into an agreement with the tax-exempt 501(c)(3) to accept a $95,000 annual Payment In Lieu Of Taxes (PILOT) on the condition that the project is approved by the zoning board.

That prompted some, including Committeeman Tom Critelli, to argue that doing so would be an embarrassing, premature “mistake.” The committee ultimately decided to withdraw the ordinance and discuss it in executive session at the end of the night. No formal action was taken.

“In my mind, they came running to us to try to negotiate a Payment In Lieu Of Taxes, hoping (for) the influence that we would exert on the zoning board. So I personally think it’s a mistake to do this,” said Critelli. “We have pay-to-play ordinances in place in every municipality in the state, including the county and the state government, and this to me blurs the line when we’re accepting money or agreeing to accept money if they are approved.

“To accept this agreement tonight, I believe is a misstep and I’m embarrassed that we would actually put it on the agenda to tell you the truth. I just don’t think the timing is right,” Critelli added.

The 100-plus-year-old property is located at 117 Red Hill Road. Formerly owned by Potter Brothers LLC, it has been a working farm for decades. It was purchased by the Enclave – an entity affiliated with the United Methodist Homes of New Jersey – this year for the purposes of providing care for those with dementia in a residential setting, according to Ordinance No. 2021-33. Now, the plan is to build an assisted living facility for up to 105 residents with dementia so long as the township zoning board approves the necessary land use relief.

Mayor Greg Buontempo said, to his knowledge, the Enclave plans to keep a working farm around the property with the assisted living facility at the center of the site, hoping to “fit in with the character of Holmdel.” He also said the Enclave plans to implement programs for children to visit the site and learn about farming, but that there is “a lot more information” to come on the application. He called the proposed agreement “unique” in that the township has not seen many nonprofits offer to pay the township funds to offset any services that it would be needing from the town, such as police, fire or EMS services, for example.

A major concern on the dais about introducing the ordinance last Tuesday was the timing. Critelli said while officials are “all supportive of doing this agreement to get some dough from a possible user that wouldn’t pay any property taxes,” he doesn’t recall ever addressing the timing of everything. “The fact that we’re agreeing to accept money if it gets approved is just really bad optics to me… You’ve got a zoning board that is supposed to operate independently from our purview here.”

Similarly, Committeeman DJ Lucarelli said he agreed with Critelli and questioned why the agreement “has become public knowledge prior to a zoning board application.”

“It didn’t seem right to me,” said Lucarelli. “Although I agree with the amount that we negotiated… it doesn’t seem right for me with the timing of this ordinance being put on the agenda.”

Committeeman Prakash Santhana, on the other hand, said, while he agreed timing was an issue, he supports the agreement and voted in favor of the introduction before it was ultimately withdrawn.

“I strongly urge the zoning board to be as independent as possible, to make sure that if this project is put forth, put in front of them, that they don’t destroy the character of Holmdel. That’s extremely important,” said Santhana.

Some concern also came from members of the public. Monmouth Conservation Foundation’s executive director Bill Kastning said he felt the township committee voting on the agreement before the zoning board heard the application was “a little bit of cart before the horse.”

“It may influence the board of adjustment to make a decision that they otherwise may not have made,” he said.

Kastning also questioned if the subdivision of the property was approved by the zoning board, what the revenue from the site would be and how it would compare to the $95,000 being given to the township each year. Township attorney Michael Collins said that Holmdel consulted with its financial experts in order to complete the PILOT negotiations with Enclave but, without getting into specifics, he said if the property were built out to its full potential, on a residential basis, the tax revenue “would be multiples higher than the in-lieu contribution that’s being proposed.”

Additionally, township resident Will Little voiced concern that the project could worsen flooding issues in town that some areas downhill from the area experience, like on Palmer Avenue.

“You have the possibility to make a bad situation worse. I urge you to move deliberately and carefully,” said Little. “Don’t rush through this.”

The article originally appeared in the August 19 – 25, 2021 print edition of The Two River Times. 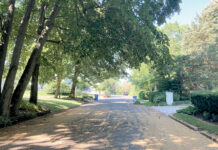 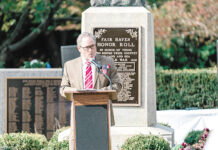 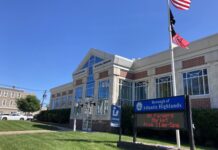