SEA BRIGHT – A feasibility study commissioned by the Henry Hudson Regional Tri-District has determined that if the neighboring boroughs of Atlantic Highlands and Highlands were to consider the formation of a full-service, regionalized, pre-K-12 school system, the inclusion of Sea Bright students would create the most financially beneficial scenario.

According to SBO Management LLC, the organization contracted by Kean University to conduct a financial analysis of the proposed regionalization, the inclusion of Sea Bright “would indeed provide immediate benefit to taxpayers in Atlantic Highlands and Highlands.”

The analysis also confirmed that “significant benefit” would be realized by Sea Bright, should the potential restructure provide a path for borough students to transition away from current elementary and middle school placements in Oceanport and the Shore Regional High School District.

“If weighing the two options side-by-side, option one being consolidating the Tri-District into an all-purpose PK-12 regional district without Sea Bright and option two consolidating with Sea Bright, it is clear that option two will produce the greatest near-term and long-term savings to the largest number of communities,” the study states.

“It’s encouraging to see that there were quite a few overlaps, and that many of their results mirrored ours,” Sea Bright Mayor Brian Kelly said of findings in a parallel study, which was funded by $20,000 contributions from each of the three governing bodies in Atlantic Highlands, Highlands and Sea Bright.

To ensure an equitable realization of tax payer benefits, SBO recommended any potential regionalization plan include a cost savings sharing agreement based upon incremental weighting of enrollment figures and equalized value rates.

For a regionalized district including all three boroughs, SBO said a ratio of 72% enrollment and 28% equalized valuation apportionment would provide the most equitable outcome.

“I think it’s more helpful to continue the conversation we’ve been having
for some time now because it’s pretty apparent to anyone looking
at this objectively that the inclusion of Sea Bright gives the best chance for savings for Atlantic Highlands and Highlands.”
– Brian Kelly
Mayor of Sea Bright

An April 6 public information session regarding the results of the municipal study hosted by the borough of Highlands included comments from Atlantic Highlands council member Jon Crowley, who described the study as “slanted” toward interests of Sea Bright.

Crowley also questioned the potential for taxpayer benefits, stating, “There are no guaranteed savings, and anyone who says anything different, they’re factually incorrect. I’d like to ask the public, when is the last time there was a proposed savings and everything added up? It’s not going to happen.”

Data from the boroughs’ feasibility study indicated more of a hesitance by Atlantic Highlands residents to pursue this educational partnership than those residing in the neighboring communities.

According to those survey results, 76% of respondents in Highlands and 72% of Sea Bright respondents favored a new regionalized school district; that figure decreased to 59% percent of residents surveyed in Atlantic Highlands.

“I think (Crowley) is free to say what he wants, but I don’t agree with the accuracy of that take,” Kelly told The Two River Times. “I think it’s more helpful to continue the conversation we’ve been having for some time now because it’s pretty apparent to anyone looking at this objectively that the inclusion of Sea Bright gives the best chance for savings for Atlantic Highlands and Highlands.”

According to SBO’s study, consolidation of the Tri-District without Sea Bright would contain merit in addition to a small annual tax savings, should the two communities choose to implement a sharing agreement. Due to the boroughs’ already strong record of shared services, without an agreement in place, savings would be minimal and one-sided in favor of Highlands.

Kelly said the goal of each governing body is to put a referendum for regionalization before voters on the November ballot.

Sea Bright will host a June 13 town hall meeting to provide residents an update on the regionalization process.

The article originally appeared in the June 9 – 15, 2022 print edition of The Two River Times. 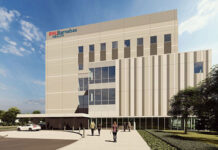 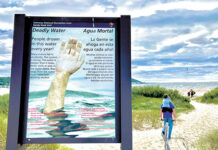 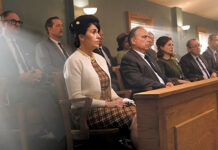