You are trying to decide on a place to go for dinner that will have good food in a casual setting, maybe a nice view, and won’t break the bank. But how many times have you said, “I think a hotel dining room would be a perfect spot to eat tonight.” Rarely? Never? Admit it!

If so, that would be a mistake, because the Pearl Restaurant at the Oyster Point Hotel on the Red Bank-Middletown border fulfills all of those wishes. It has great views of the western end of the Navesink River; an outdoor deck, enclosed terrace and indoor dining area, too; and serves up some very tasty food in a relaxed atmosphere that is indeed lively and fun. Forget your image of a stuffy, have to wear a sport jacket, airless room with the same old uninspired menu choices.

This place is far beyond all that. You can even dock and dine. From the varied menu, which was an eclectic mix of American and Asian cuisine, we star ted with Kale Dumplings ($12.95); crispy, fried purses of wonton dough held a very flavorful kale filling. Who said veggies can’t be interesting?Also from the appetizer selections, two large, juicy Crabcakes ($16.95) were seared in a cast iron skillet and served with a zippy,creamy Sriracha sauce on the side. Crusty and brown on the outside and moist and tender on the inside, they were essentially all lump crabmeat, with just enough filler to hold them together. Yum!Fried Calamari ($14.95) are offered with a choice of dipping sauces: sweet or hot marinara. The breading was applied with a knowledge ably light hand, creating a nice, crispy coating, which did not obscure the sweet and tender calamari rings and tentacles. The generous portion was large enough for two or three diners to share, and we did.

A creative take on the oft-seen Tuna Tartare ($17.95) made for a tasty variation; built on a bed of crushed avocado, with diced jicama and Asian pear, bits of crunchy ginger tempura and a honey soy sauce, the artfully plated dish was very inviting to look at, as well as a pleasure to eat.

Baked Oysters ($16.95) were topped with spinach, bacon, garlic, leek and Havarti cream. The coating of the large oysters combined a trace of seared crust and creaminess from the cheese, with a mix of the spinach, leek and bacon, which complemented the flavor of the shellfish without obscuring it. Each element of the dish was discernible.A thick piece of juicy Lemon Pepper Swordfish shared the bowl with clams and white beans. Large chunks of mahi-mahi served in crisp taco shells with a mango jicama slaw and a side of black bean salad were very satisfying.

For folks looking for a refreshing and healthful starter, the Chopped House Salad ($8.95) is a good choice; the large serving consisted of romaine, radicchio, red onion, carrot, cucumber, tomato and chickpeas, tossed with a savory fig balsamic dressing. From the varied Entrée section of the menu, we chose Mahi-Mahi Tacos ($21.95); three crunchy shells filled with moist, perfectly cooked fish, mango jicama slaw and a drizzle of chipotle gouda, were served with a salsa verde and black bean salad. Recommended.

Lemon Pepper Swordfish ($27.95); a nice-sized hunk of fish sat on a bed of white beans, broccoli rabe, garlic and pieces of potato, and was circled by five good- sized clams in the shell. The fish was done perfectly, avoiding the all-too-common flaw of overcooking sea- food, rendering it dried out and devoid of flavor.

An order of Faroe Island Citrus Glazed Salmon Filet ($25.95) arrived with a cute little saucepan of pieces of roasted potatoes, a small mound of spaghetti squash and baby spinach, and was topped with a hot panko crunch for texture. The portion of fish was generous and it was cooked to medium rare as requested, but the citrus glaze, which covered the fish and the bottom of the plate in the form of a sauce, was far too sweet, which overpowered and masked the flavors of the fish, making it a cloying dish. Ask for the sauce on the side.

The Drink Menu offered an assortment of margaritas and martinis as well as other cocktails; a flight of three bourbons ($17) or three tequilas ($17), a variety of beers, five different Bloody Marys and wines by the glass and bottle. The Desserts were all tempting, but we exercised a bit of restraint and ordered just two; Tiramisu ($10), a custard of mascarpone, alternately layered with European spongecake, dusted with cocoa powder and plated with rings of espresso syrup, was rich and satisfying.Roasted Strawberry Panna Cotta ($10), served in a miniature Mason jar, had an almond topping, which resulted in a creamy, smooth custard with a crunchy, nutty covering on top. The flavor of the roasted strawberries added a nice layer of complexity to the dish.

The Pearl also servesbreakfast, brunch and lunch. However, the next time you are torn between going out for bar food, or been-there-before Italian or Chinese cuisine for the evening, consider a change of pace, and have dinner at the Pearl. It’s not your parents’ hotel food of yore. Rather, it is a modern day interpretation of a hotel restaurant that would be right at home as a free standing storefront eatery with no rooms or elevators attached. I believe you will be as pleasantly surprised as we were by the warm, friendly environment and the tasty, inventive food.

Bob Sacks, longtime food and wine buff, writes about food, wine and restaurants in this column. Follow him on Instagram @dinnerwithbob.

The article originally appeared in the September 30 – October 6, 2021 print edition of The Two River Times. 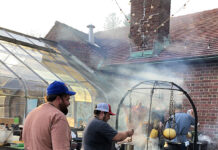 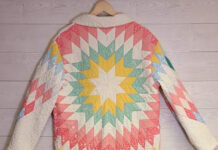 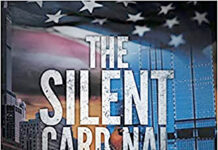